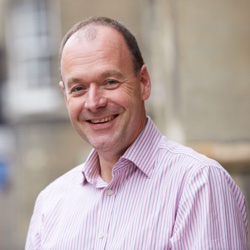 Richard Alexander is Chief Financial Officer at Imperial College Healthcare NHS Trust, one of the largest Healthcare providers in the UK.

Before the NHS, Richard worked in the technology industry, including 16 years at Oracle, moving to Amsterdam in 2000 to run Oracle Netherlands’ financial activity, then to Bangalore, India three years later to establish and run Oracle’s Global Financial Information Centre.